1. Drug Test Panel: This is the panel that is pre-selected by the employer when an employee goes in for their drug test. Keep in mind as the employer, if you are doing NON-DOT testing, you can select as many or as few drugs to be tested. Most employers select the traditional 5 panels for the most common drugs of abuse (marijuana, cocaine, amphetamine, opiates (codeine, morphine, heroin), and PCP. This may or may not be appropriate depending on the nature of the job and accessibility to drugs of abuse. Talk to your drug test provider about what is the appropriate panel. If you have employees who fall under Federal DOT regulations, the panel is pre-selected for you and will always be the same.

2. DOT vs. NON-DOT: The biggest difference in how your drug test program is implemented is whether the employees fall under Federal Department of Transportation regulations or if it is a NON-DOT policy that falls under your own company policies. The most important thing to remember here is Federal regulations are just that, regulations that cannot be bend, eliminated, or modified to accommodate the employer or the employee. No one can change the rules including the employee, the drug test collector, the employer, the SAMHSA certified lab, the Third Party Administrator (TPA), or the MRO.

3. SAMHSA Certified Lab: This is one element you do want in your drug testing program. A SAMHSA-certified lab means the testing is done with a lab that has the highest level of accreditation that meets Federal testing guidelines. The process is very stringent and each specimen is handled like a piece of “evidence”. There is a unique bar code on the “Chain of Custody” drug testing form that is also on the specimen vial to ensure the specimens are not misplaced, incorrectly entered or the result is attributed to another donor’s specimen.

4. MRO (Medical Review Officer): This is one step you do not want to skip, employers get themselves into more legal trouble when they try and review the drug test results with the employee themselves. The last thing an HR person should ever want to say is, “Why is your drug test a positive result?” You’ve just opened a huge can of ADA worms if the employee has a legal right to have a prescription and you are still in the hiring process. What an MRO does is serve as a “gate-keeper” between the employer and employee to verify that the drug test result is truly negative or positive. If the employee does have a legal prescription and that is verified by the MRO office, it is counted as a negative test. If the employee does not, then again, you as an HR professional do not have to listen to all the excuses given as to why your applicant had a positive test result. That task falls to an accredited Medical Review Officer.

5. BAT (Breath Alcohol Test): Again, following the guidelines for DOT testing, when alcohol abuse is suspected a breath alcohol test is performed. This is no different than the roadside breath alcohol test a police officer might perform. The instrument is approved by NTSA (National Traffic Safety Administration) for DOT testing. There are breath alcohol saliva swabs that can also be used, but these are preliminary screening tests only, not a confirmation test that can give you an actual blood alcohol level. The standard established limits are to remove an employee from safety-sensitive duties is if their test registers between .02% but less than .04%. If the test is at .04% blood alcohol or greater that is considered a positive breath alcohol test. This standard is used for both DOT and NON-DOT testing.

6. Refusal to Test: When an employee directly refuses to report for or do a required drug test as directed by the employer this is typically called a refusal to test and the consequences usually mean termination of employment. However, there are other circumstances during the drug testing process that also qualify. For DOT random tests, this means going to the test site directly when told by the DER without delay. A refusal can mean not cooperating with the testing process by refusing to empty pockets or do a directly observed collection when it’s required. It can also mean substituting the specimen or tampering with the drug test process or leaving before the drug test technician has excused the donor. These actions should all be treated as refusals to test by the employer.

7. Shy Bladder: This term may not come up at all during the planning process and most HR folks are not familiar with this term until the first time they administer a drug testing program since it rarely happens. The protocol is to allows the donor up to 3 hours to provide a specimen while they are at the collection site and up to 40 oz. of water to drink if they are having problems. This protocol was actually based on a study for soldiers who were part of the original drug testing program and the question was asked, how long would it take someone to rehydrate themselves if they were completely dehydrated in order to provide a 45 ml urine specimen? Based on the average weight/height of a soldier in the early ’80s, this formula was developed. Again the goal was to make it fair for the person being tested and fair to the employer as well. If the donor does not provide a specimen within that 3-hour window, then the MRO (a physician trained in substance abuse and DOT regulations) would then verify if the donor had some kind of medical condition that prevents them from providing a specimen. If there is a medical condition, then they would be excused from the test and an alternate method might be used instead (i.e. hair test). If there was no medical explanation, then it is considered a refusal to test. The lesson here is that just having a shy bladder does not necessarily equal a refusal to test, it’s up to the MRO to make that determination.

8. Invalid specimen: Yet again, this is one of those terms that does not come often but when it does it has the employer scratching their head wondering “What does that mean?” Well, again it’s really up to the lab who tests the specimen and MRO who reviews the drug test result with the employee to make that determination. In some cases, the employee may have been taking a medication that interferes with the drug testing process. In other cases, it could mean a specimen that has an interference agent that has not yet been identified as a tampering product. Sometimes it might mean a retest or a directly observed retest. Again your MRO will consult with you on this kind of drug test result.

9. Dilute Specimen: This is a urine specimen, which has been determined not to be concentrated enough to yield a valid result. This can happen innocently enough when a nervous donor anticipating a drug test might ingest too much water prior to the test or by habit drinks copious amounts of liquids throughout the day. This can also happen not so innocently, when a donor who knows they might fail the test will deliberately try and dilute the specimen. The specimen can be either dilute: negative or dilute: positive. If dilute, positive it’s still a positive test. If dilute negative, the normal protocol is to allow the donor a 2nd chance to provide a valid specimen with strict instructions not to ingest too many fluids prior to the test. A 2nd dilute is usually deemed as a “refusal to test”, but it’s up to the employer to determine what their policy is on accepting dilute but negative specimens.

10. Opioids: With opioid dependence and/or abuse peaking in about 2014, this still is a concern to many employers. What is important to know is how opiates are classified by the lab that provides your testing in their test panels. Not all labs do it the same way. The traditional opiate panel and the one that was used for DOT drug tests until Jan 2018 was just looking for the older natural occurring opiates that are derived from the poppy seed and test for codeine, morphine, and heroin, especially since it also includes the 6MAM test which is specifically looking for heroin. Since Jan 2018, the newer synthetic opioids such as oxycodone, hydrocodone, and hydromorphone are now included in the DOT panel and you will have to specifically need to verify that alternate opioids are now in your NON-DOT drug test panel, especially if you’ve done the same testing for a long time. Then they are the other less common pain killers such as Fentanyl and now Methadone is being prescribed for pain which is being used as well. Again, knowing what is in your test panel and what additional drugs you can test for if needed is something your Third-Party Administrator (TPA) of your drug testing program can advise you. 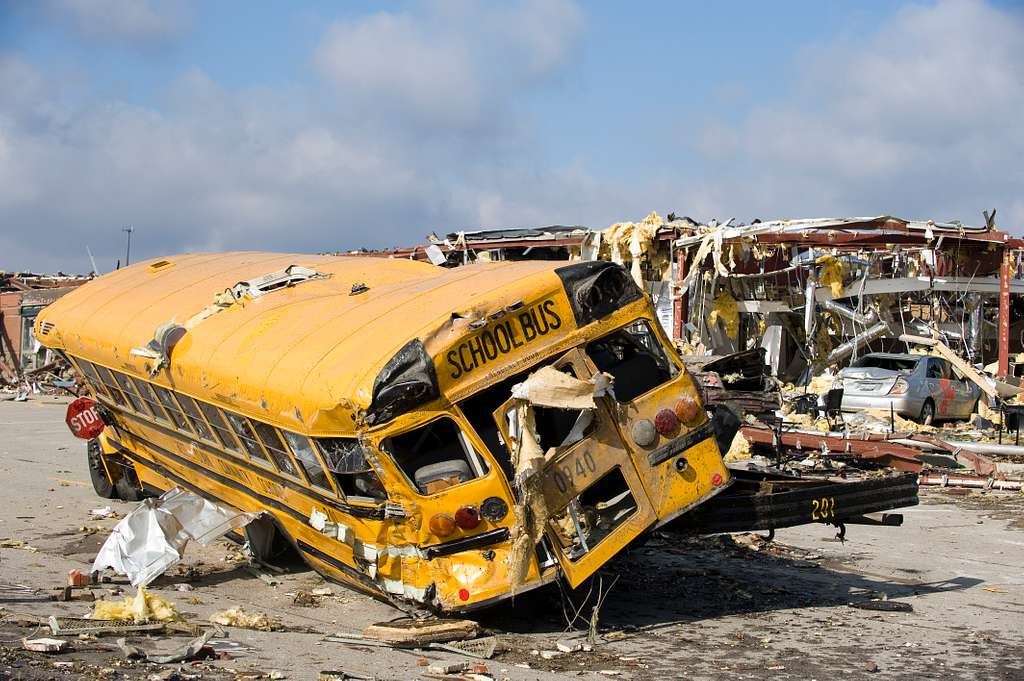 What are the Criteria for DOT FMCSA Post-Accident Drug Testing?

When an accident occurs involving one of your CDL drivers, a common reaction for many employers is to order federal Post-accident drug tests. Requiring Post-accident 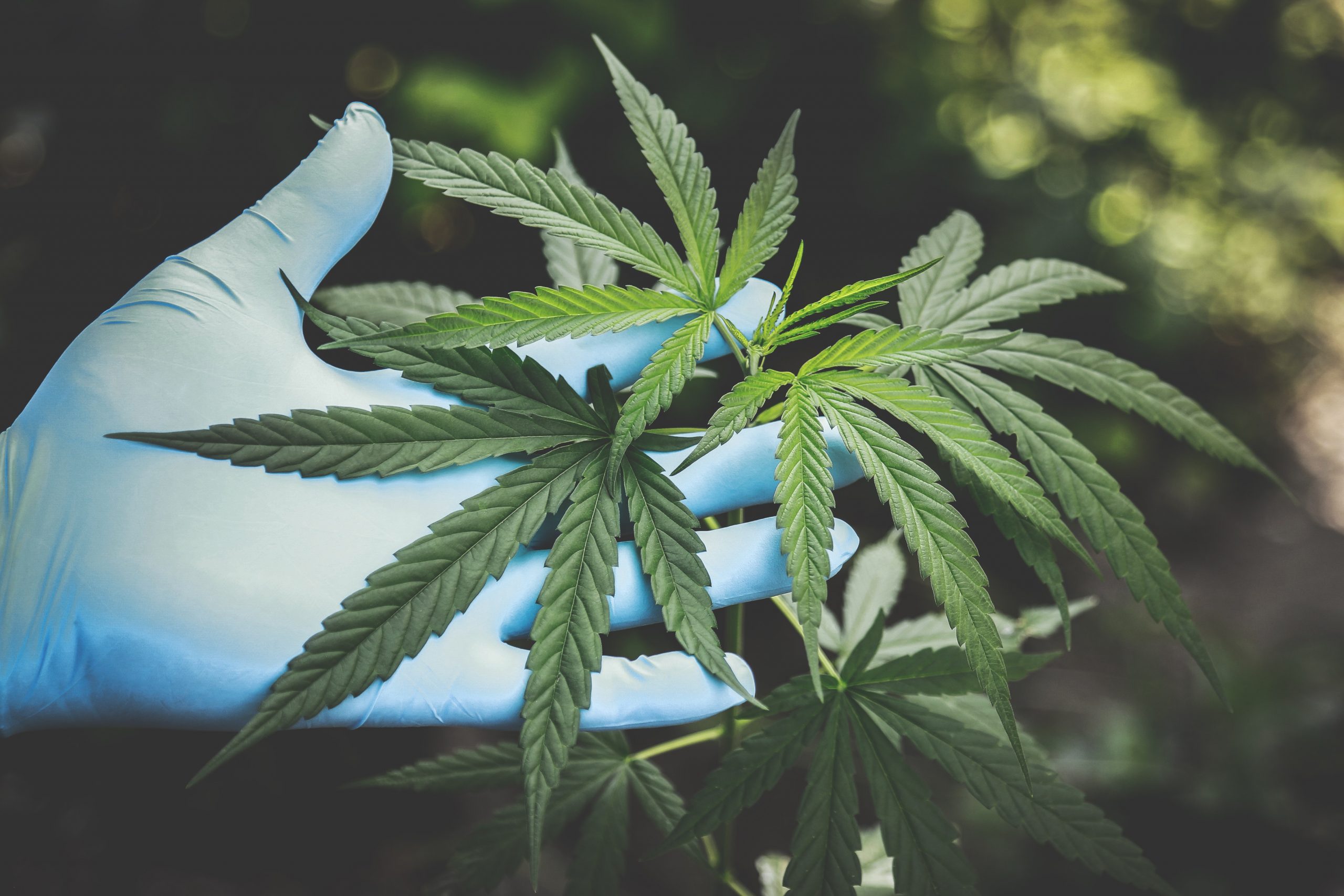 Employers are asking whether testing for marijuana in states that have legalized recreational use continues to make sense.  Recent data released by Quest Diagnostics reveals 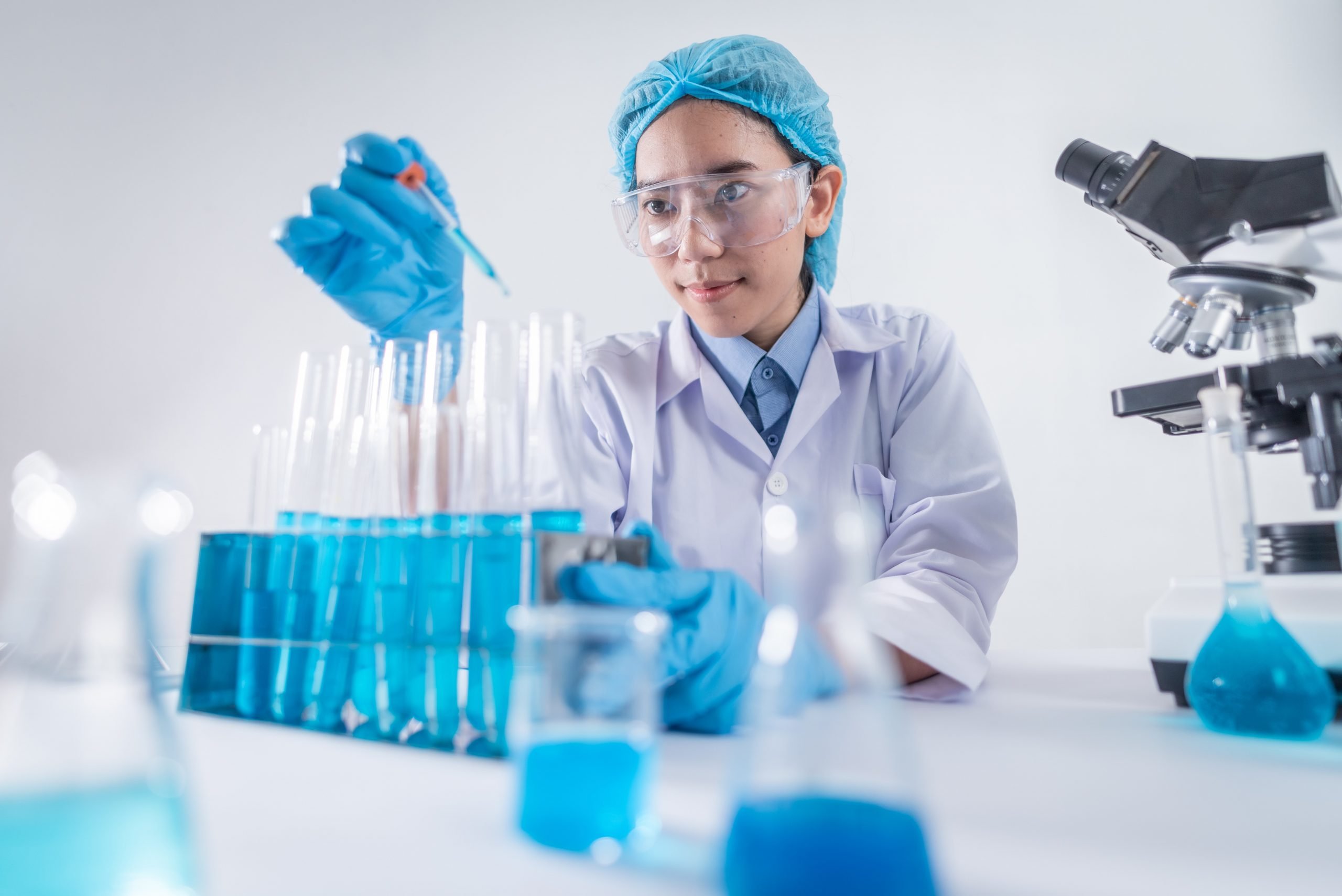 The Real Reason to Drug Test

Anyone who knows me will tell you that I am an optimist, a Pollyanna of sorts. As a rule, I believe most people are honest, most people do 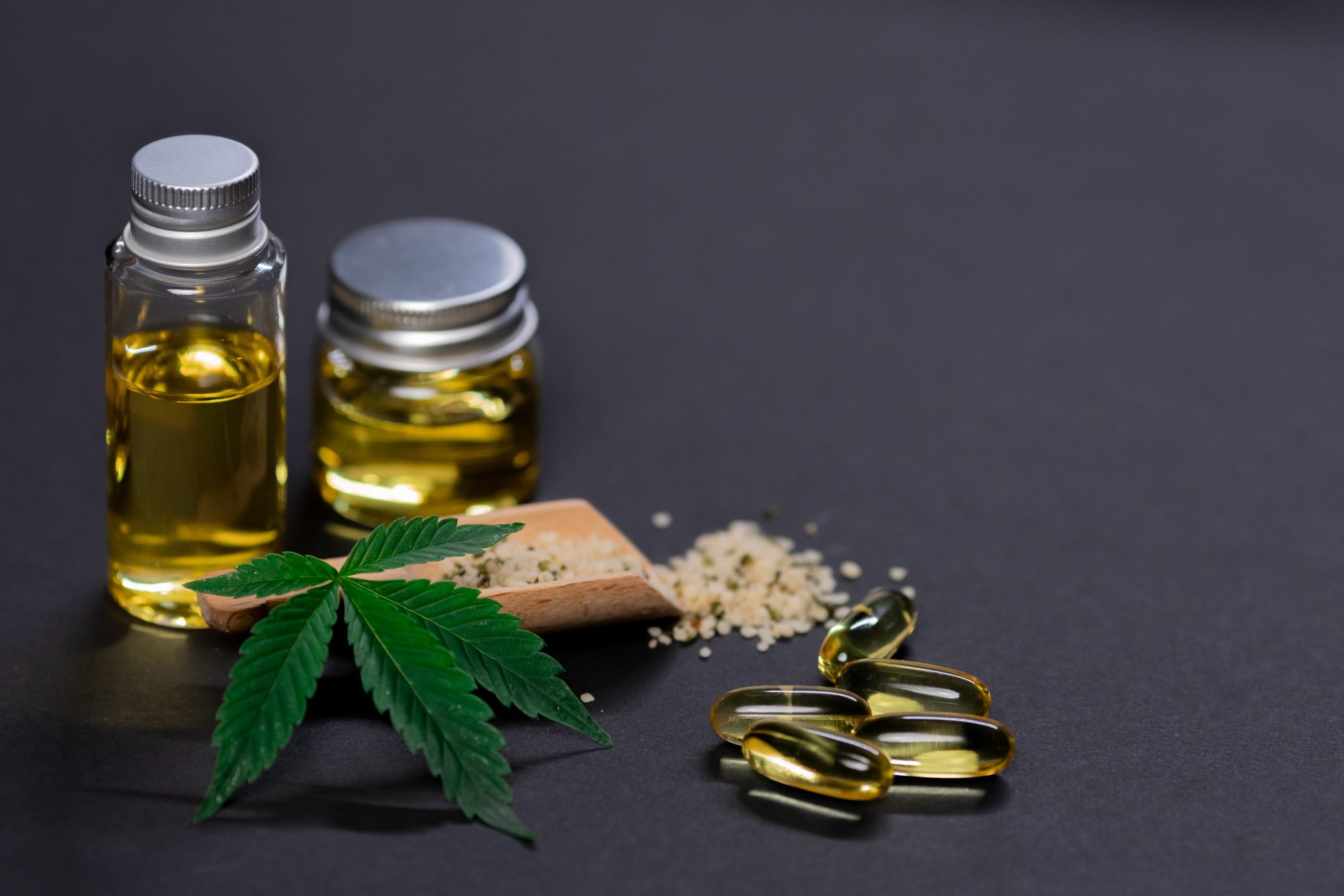 Top 5 Things You Need to Know About CBD Oil

What is it? Is Cannabidiol (CBD) oil medicine, a natural or dietary supplement, a cosmetic, a drug of abuse, or just another “snake oil”? It depends on